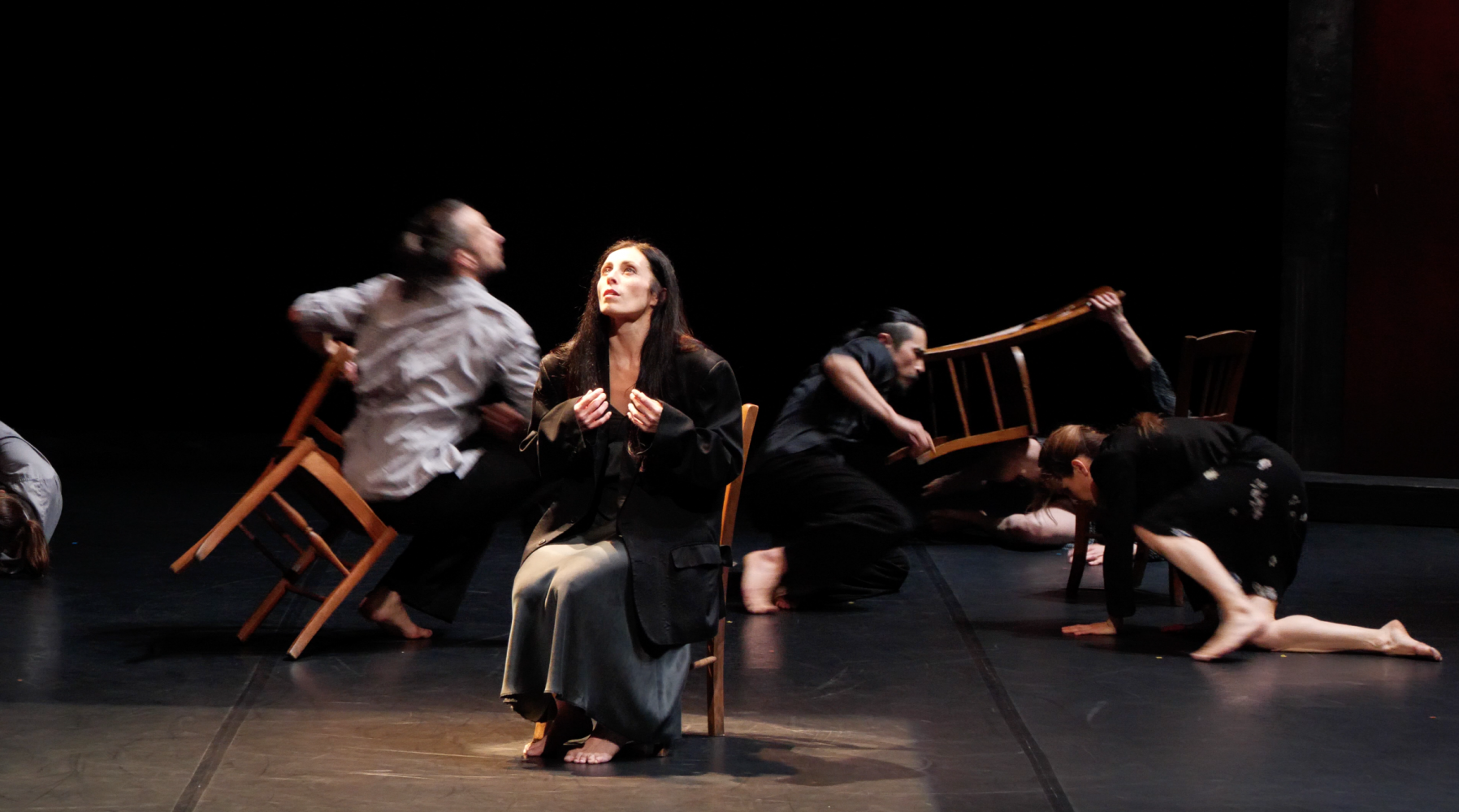 (For 6 dancers. Production Autumn 2017)
Performed by 6 of the company’s leading figures, this work inspired by Carl Jung lays bare the vital aspirations that inspire us and explores these strange coincidences that resonate in us with such intensity. A clock that stops when a beloved father passes away. An encounter that changes a destiny…

Upon video images, directed by the choreographer, the 6 dancers plunge into deep waters of danger, rebellion, love, loss, regrets and madness.

In homage to John Davis

The term “synchronicity” was coined by Swiss psychiatrist Carl Jung, who became convinced in conception applied to universal phenomena of a continual creativity.  That lead him to a concept which holds events as "meaningful coincidences" that eventually formulates our destiny.

With “Crossroads to Synchronicity” choreographer Carolyn Carlson revisits Jung’s “Synchronicity”, challenging the entrenched assumptions of mainstream modern culture, and invites us to revise our understanding of science, religion, and the relationship between the individual and society. But importantly the dramaturgy of this show is based on the same logic and principle where dance questions the magic of probabilities.