This is not Bernarda Alba's House

THE GEORGIAN INTERNATIONAL FESTIVAL OF ARTS (GIFT) IN TBILISI IN HONOR OF MICHAEL TUMANISHVILI in association with the Spanish Arts Council Acción Cultural Española (AC/E) presents SPANISH CULTURE FOCUS 2019 for the first time in Georgia.

“This is not Bernarda Alba's House”

"Esto no es La Casa de Bernarda Alba" is a paradox in tribute to Magritte.

The curtain opens. In a museum, the work "La casa de Bernarda Alba" by Federico García Lorca is exhibited. A group of male artists build a series of plastic installations and performative scenes from the fable left to us by the poet, embodying female roles and thus challenging the established rule that female characters must be played by women.

In "Esto no es la casa de BA" we are faced with the search for a radical feminist discourse. By putting in the mouths of actors and dancers the words of Lorca, his characters often manifest the desire to be men in order to enjoy freedom.

“By highlighting the fragility of women within the dominant vision of patriarchal order, “Esto no es la casa” proposes a song of freedom from the creative imagination; by means of image, poetry, music and dance.” - Company’s Note. 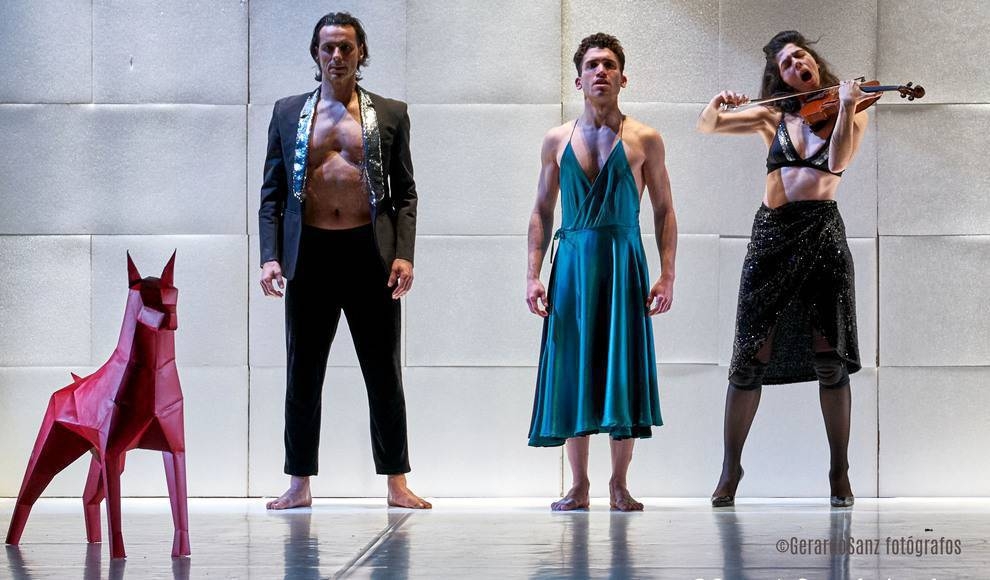 Brief reminder of the original piece

The House of Bernarda Alba

La casa de Bernarda Alba” represents the conflict between the desire for freedom (personified in the character of Adela) and the principle of authority (incarnated in Bernarda Alba). But freedom takes place through the conquest of Pepe el Romano. Because in the second half of the past century, many women gained freedom from the paternal yoke by finding a man and getting pregnant. False freedom, since they simply became chained to a new authority (the husband, in this case, and future father). First paradox.

Adela’s true libertarian act is to reject this false freedom through suicide. And here the second paradox emerges, since it is Bernarda who provides Adela’s soul with true freedom. Between these two paradoxes resides the inexhaustible and subversive power of this classic play by García Lorca, performed in a free adaptation with a cast headed up by Eusebio Poncela, and with the participation of Igor Yebra, among others. A proposed dialogue with the thought and emotions of the text.